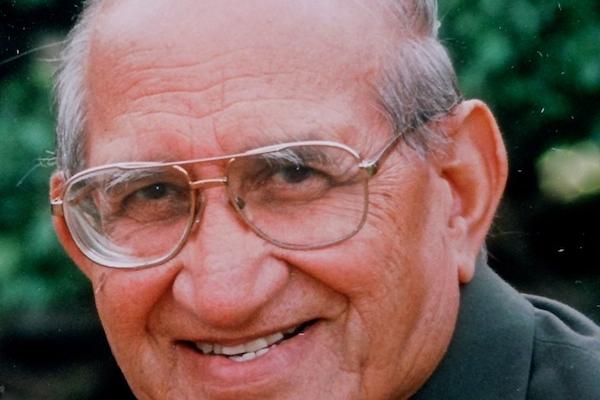 Jagdish Sharan Rustagi, Professor and Chairman Emeritus, Department of Statistics, The Ohio State University, passed away on September 21, 2014, in Sunnyvale, California. He was born on August 13, 1923, in Village Sikri located in the state of Utter Pradesh in British India. He obtained his BA (1944) and MA (1946) degrees in mathematics from University of Delhi, and working under Professor Herman Chernoff, obtained his PhD degree in statistics from Stanford University in 1956. He joined The Ohio State University as an associate professor of mathematics in 1963 and was instrumental in the development of the Department of Statistics and the biostatistics PhD program in the 1960s. He served as a professor of mathematics (1965-1970) and of statistics (1970-1988). He was chair of the Department of Statistics for two terms (1979-1983 and 1984-1988). He also served as chair of the Committee on Biostatistics (1965-1971) and as an adjunct faculty member in the Department of Preventive Medicine (1966-1976).

In his long academic career, Professor Rustagi served on the faculties of Hindu College (Delhi), Carnegie Institute of Technology (now Carnegie Mellon University), Aligarh Muslim University (India), Michigan State University and University of Cincinnati College of Medicine before arriving at Ohio State. He was a fellow of the American Statistical Association, Institute of Mathematical Statistics and Indian Society for Medical Statistics. He was an elected member of the International Statistical Institute. He supervised 14 PhD dissertations and two master's theses, authored four books, and edited or co-edited five volumes. He was known for his work on optimization techniques and modeling of biological and medical data. During his retirement, he wrote on his life (Sikri to Sunnyvale, 2007) and his reflections on it (Reflections on Life, 2011). He served several professional organizations in various capacities and on journal editorial boards.

One statistics alumnus from the 1960s wrote that Professor Rustagi was “an inspiration — made anything and everything seem possible.” He radiated the same level of enthusiasm towards people around him until the end of his life. He established an endowment to honor his parents with an annual lecture series in 1987 that has brought several distinguished researchers to the Department of Statistics over the years. His Ohio State colleagues cherished the hospitality of the Rustagis at their Worthington home, and his mentorship, philanthropic and community service will be missed by all. He is survived by his wife, Kamla, three children and their families. Please visit jagdishrustagi.com, created by Professor Rustagi’s family, for the guest book and further information. On this 40th Anniversary of the Department of Statistics at Ohio State, we deeply appreciate his contribution to its establishment and continued success.